Napier, Bredasdorp and Cape Agulhas (Southern most point of Africa)

(About 250km return) - Leave Stanford by driving up Queen Victoria road towards the R43. Go straight across the R43 and continue along the road until you reach the R316 to Bredasdorp.

En route you will pass the Birkenhead Brewery; the Kleinrivier Cheese factory; Raka and Boschrivier wineries and Stone House cheeses. Turn right on the R316 to Bredasdorp. During the winter months you drive past the most beautiful undulating fields of green rolling wheat, interspersed with the bright yellow splashes of canola (rape seed) fields. During summer the vast expanses of brown stubble wheat fields stretch across the rolling hills dotted with bales of chaff. 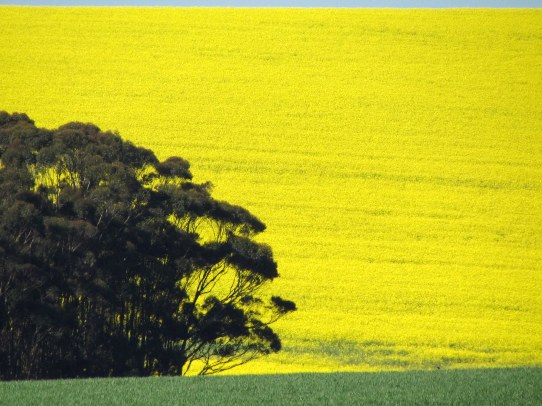 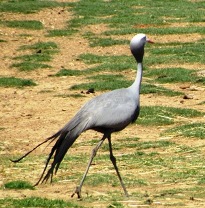 You may see the elegant blue crane walking across the fields; raptors perched on poles waiting for an unsuspecting mouse to dash across the field to eat the discarded wheat on the ground; flocks of doves or starlings; a few spur wing geese; and maybe even a buck or two.

You crest one of the many hills and suddenly Napier lies before you. Napier was established in 1838 and named after the then Governor of the Cape, Sir George Napier. Two prominent families, the Van der Byl's and Van Breda's lived in the area and could not agree on where the community church should be built. The result was that two separate churches and villages were built with the one trying to outdo the other. You will see the beautiful Van der Byl built church further up the main street. The main road is full of little shops selling antiques, lead glass products, old books etc. This is a good place to have breakfast and just as you exit Napier there is a small farm stall on your right that makes a mean breakfast.

Napier also has its micro brewery, goat's cheese farm and a "Moerse Padstal". (We're not giving this one away – you have to see it for yourself!) 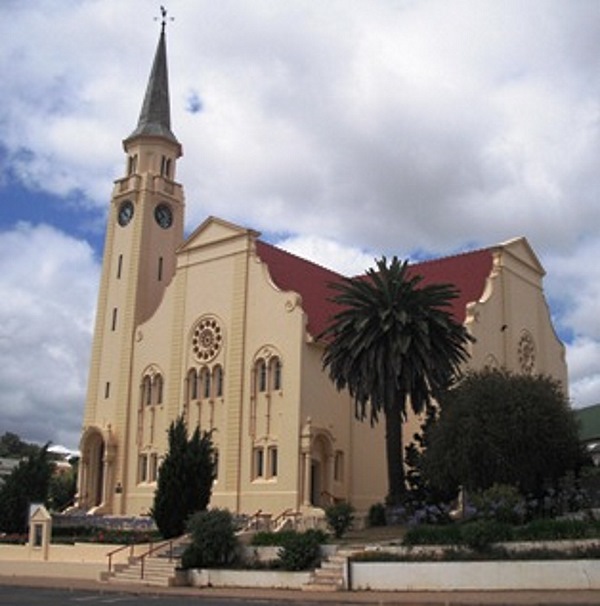 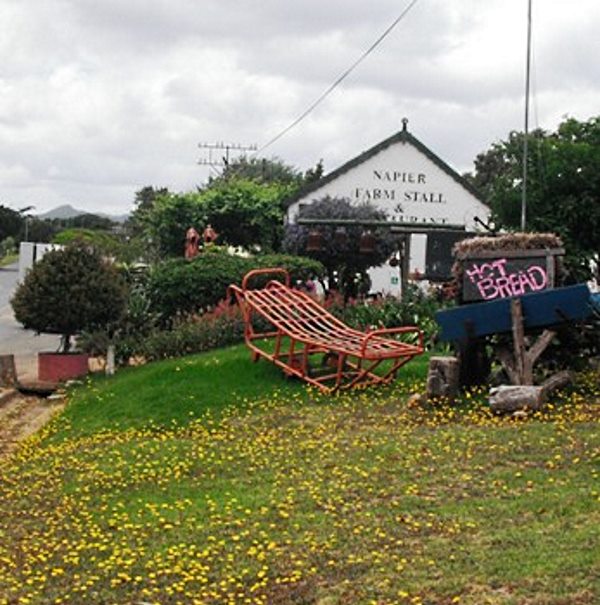 Bredasdorp, the bigger of the two towns and named after the Van Breda's, is just 20km down the road. The tourism office will be able to direct you to the ship wreck museum. This is a fascinating place with relics of some of the many ships to have sunk along the notoriously rocky coastline of the Cape, and especially the southern tip of Africa. There is also a museum at the church, built by the Van Breda's (of course). A must see is the Kapula Candle factory in the industrial area of Bredasdorp. Here you find candles of all shapes and sizes brightly painted by the local community and exported all over the world.

Go back into the town and look for the signpost R319 to Struisbaai and Cape Agulhas. You cross the flat Agulhas plain which apparently was under water millions of years ago. Along this road you are bound to see an ostrich.

Struisbaai is a sprawling town built along Africa's southern-most coastline. Follow the road all along the coastline to Cape Agulhas or l'Aghulhas (Portuguese). (On your way back from the lighthouse go to the small harbour for scrumptious fish and chips.) 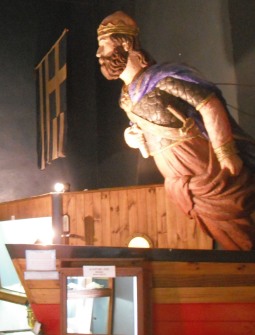 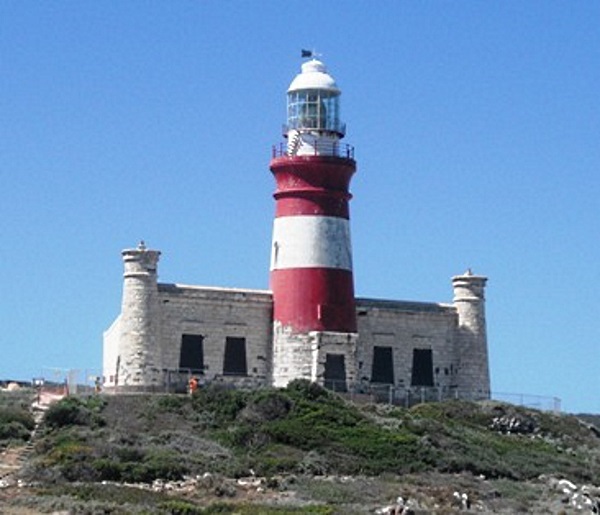 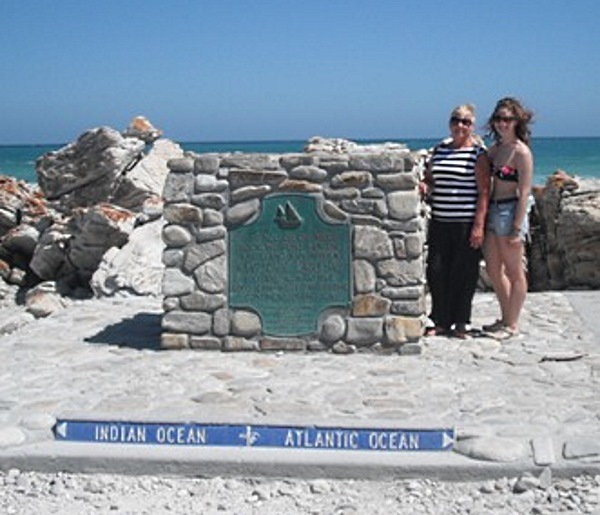 At the end of the road you will find the Agulhas light house. Follow the road to the left of the lighthouse to get to the actual southern-most tip of Africa. You need to park your car at the parking area and walk along the boardwalk to reach the official southern point of Africa. The official position of the tip is 34° 49' 58" south and 20° 00' 12" east. A cairn marks the tip's exact location and it is at this longitudinal point that the Atlantic and Indian oceans officially meet (not that it is physically possible for sea waters to "meet" at a specific point!). Looking straight across the sea some 6130 km (3 810 miles) away is the Antarctic, with the roaring forties ocean, one of the most treacherous seas, in between.

The lighthouse was originally fuelled by the tail-fat of sheep, but in 1905 an oil-burning lantern was installed. Through the decades technological changes were made, and in 1968 the lighthouse was taken out of service when it was discovered that the sandstone walls were crumbling due to excessive weathering. The light was then moved to an aluminium tower. The sandstone building was declared a national monument in 1973 and is also a Western Cape provincial heritage site.

The lighthouse is situated in one of South Africa's national parks. The park contains approximately 2 000 species of indigenous plants, including 100 which are endemic to the area and over 110 Red Data Book species. Consequently, the Agulhas Plain is a very important component of the Cape Floral Kingdom, the smallest and richest of the world's six plant kingdoms.

The Agulhas Plain is unique in that a wide variety of wetlands occur in the area, contributing to a high diversity of wetland plants and aquatic invertebrates. This is also home to the endangered Cape platanna and the micro frog. In addition these wetlands attract a host of water birds, with over 21 000 migrant and resident wetland birds estimated to occur in the area annually. The coastline supports a rich marine and intertidal life, with breeding sites of rare coastal birds such as the African black oystercatcher. The nearby islands are home to a variety of seabirds and seals.

If you have time left, take the dirt road to Arniston to experience its exquisite turquoise sea before you return to Stanford.

Printer friendly version of this page »